What Is IoT, and Where Is It Headed? 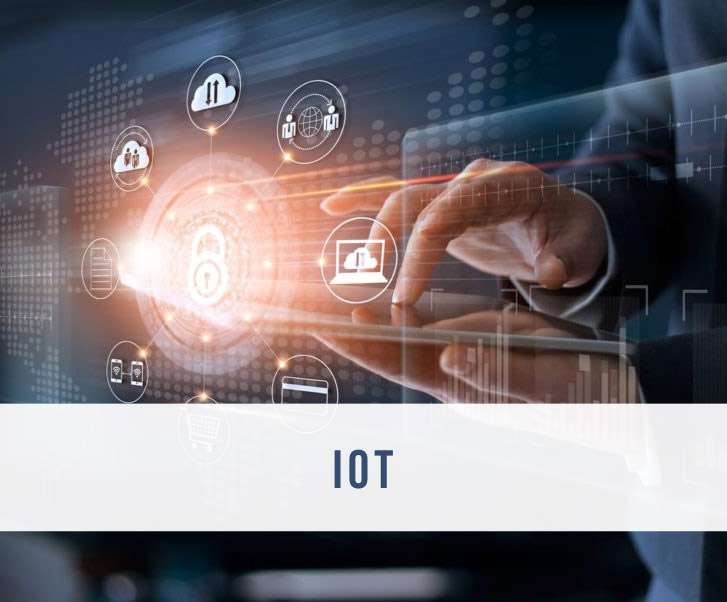 The Internet of Things (IoT) has created a massive amount of buzz, excitement, and confusion. So, what is IoT, where did it come from, where is it going, and why does it matter?

If an object can connect to the internet (and it’s not a computer or mobile device) it’s considered a “thing” within the Internet of Things. These “things” include wearables, mechanical and digital machines, and even pet accessories. In short, an IoT device will always consist of these two parts:

Simply connecting an object to the internet doesn’t necessarily increase its utility, so manufacturers generally add in one or both of the following:

To recap, an IoT device is just a non-traditional object connected to the internet, and it must have at least one sensor or actuator to benefit from this connection.

IoT as the Next Computing Wave

Microsoft has called IoT the “fourth industrial revolution“, classifying it alongside mechanical production, science and mass production, and The Digital Revolution. In 2017, $800 billion was spent on IoT, with the industry’s impact forecasted to be between $3.9 and $11.1 trillion in 2025. That’s $3.9 trillion, at a minimum.

The U.S. Department of Transportation estimates that vehicle-to-vehicle communication will help prevent 76% of car accidents. South Korea’s new “smart city” has lowered per capita energy consumption by 40%. Finally, developments in IoT healthcare are forecasted to avoid 50,000 preventable deaths annually in only one small area–hospital mistakes. As McKinsey’s 144-page in-depth report on IoT concludes, “The hype has been great—the value may be greater.”

Why is Now the Time for IoT?

Since 2003, Salesforce has used some variants of this same slide:

Since the 1950s, computers have evolved from mainframes to PCs, then been revolutionized by the spread of the Internet and mobile devices. IoT sensors are inexpensive and only becoming cheaper, so many see IoT as computing’s next big step.

“When wireless is perfectly applied the whole earth will be converted into a huge brain, which in fact it is, all things being particles of a real and rhythmic whole. We shall be able to communicate with one another instantly, irrespective of distance.” –Nikola Tesla, 1926.

IoT is a digital implementation of Tesla’s prophetic vision. Where did it come from and where is it now?

IoT has already bypassed the peak of the hype cycle, which Gartner describes as happening in late 2014.

In late 2018, many IoT applications hit maturity, most famously Amazon Echo and Google Home. By one estimation, there are currently over 7 Billion IoT devices, including IoT lighting, security cameras, and home and bike locks.

As consumer IoT devices become increasingly common, mapping and indoor positioning are two of the first novel applications being tackled. Additionally, tech giants like Microsoft, Amazon, Google, and Apple are all clambering to provide services for the growing IoT industry.

In addition to security, privacy, and policy issues, IoT is currently working its way through technical challenges around connectivity, standards, analytics, and edge computing.

When it comes to connectivity, the market is fractured. Since IoT is literally about connecting devices, this fragmentation will slow both adoption and value creation, with McKinsey estimating 40% of IoT value comes from interoperability—devices communicating with each other, not just connecting with the Internet.

Connecting high quantities of devices will be one of IoT’s biggest challenges. The current structure of connectivity–a centralized server/client relationship–works for the current IoT ecosystems, with its relatively small number of devices. However, when networks grow to billions of devices, this centralized system will become a bottleneck.

IoT is connecting devices, but what if the devices speak different languages? There are currently many competing standards for communication between devices, which leads to a problem because many standards mean there’s no standard. Companies must either have the ability to intake many types of data in multiple formats, which can be incredibly costly or wait for one set of standards to win out. Many companies are even giving up on the standards war at the level of zeros and ones, instead deciding to focus higher up the stack. For example, voice is now generally accepted as the standard method of human interaction with consumer IoT home applications, leading to competition between nodes like the Amazon Echo, Google Home, and Apple HomePod for dominance of IoT in the home.

Analytics will be an IoT manufacturer’s most important tool, yet the sheer amount of data can be overwhelming. Of companies interested in implementing an IoT system, 60% say they lack the analytics capabilities to take advantage of the data. Many tech giants are creating services to target this need. However, if analytics are so fundamental to a company getting value out of IoT, will they really be willing to outsource it?

While many see decentralized systems as necessary for IoT, much of the technology doesn’t yet exist. Models like Blockchain and Hashgraph have been proposed, along with developments in the areas of fog or edge computing, where data is analyzed closer to the device instead of evaluated in a central hub. These strategies will reduce network costs and speed up communication, but are much more technically demanding than the current centralized system.

Where IoT is Likely Going

While IoT is currently facing some significant challenges, none are large enough to suggest the industry itself will falter. The pie is big enough that these challenges are going to be solved. Looking forward, expect some market hiccups followed by ubiquitousness and grand success.

As IoT grows in popularity, internet-connected objects will become the norm, just as consumers now assume a phone is connected, but smartphones were only first released 15 years ago.

Consumers know the difference in classification between a computer and a web-connected fridge, but will the next generation? Just as the difference between a mobile device and a computer is shrinking, the distinction between an IoT device and a “traditional” internet-connected device will decrease as well. Smart TVs have been trending toward computing functions and internet capabilities: if they already have a web browser, applications, and social networking functionality, at what point is the difference too small to matter?

McKinsey forecasts the annual value of remote monitoring of diseases to reach $1.1 trillion in 2025. That’s only one piece of one industry, not to mention all the other sorts of businesses aiming at these individual segments. With the such great value to be gained through interconnectivity, there’s little doubt “if” IoT will succeed.

So where is IoT going? The answer: Everywhere.