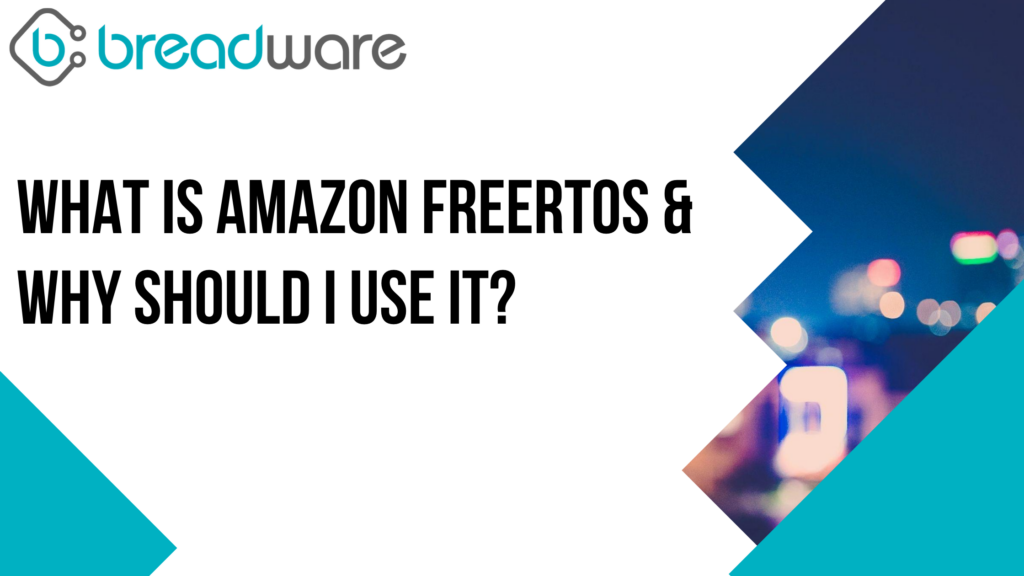 New things come and go, but when Amazon launched its FreeRTOS — we knew it would be a huge benefit to both our clients and ourselves in IoT product development.

Here, Bill Wedin, our Principal Firmware Engineer, took the time to review his thoughts on the pros and cons about Amazon’s firmware made for edge devices from using it over the past year.

What is Amazon FreeRTOS and Why should I use it?

Amazon FreeRTOS is one such ecosystem Breadware’s clients have been asking for on their IoT edge devices.  Breadware has been developing Amazon FreeRTOS production-ready IoT devices for over a year.

In short, Amazon FreeRTOS is a combination of Amazon’s version of FreeRTOS (freertos.org) Real Time Operating System and an AWS IoT SDK, designed for IoT devices.  It is free and a port is available for most MCUs used in the IoT device market.

Developers get the full power of AWS in addition to its AWS IoT specific offerings.  Imagine AWS at your fingertips for device security, management, lambda functions, databases, CI/CD, and on and on.  AWS never has just one offering in these areas so a company can choose the features that apply to their requirements.

One Breadware client, Shine Bathroom, found the Alexa Voice Integration to be a game changer.  Imagine “Alexa, clean my toilet”.

Amazon FreeRTOS also provides optional AWS IoT Greengrass to push more computing, decision making, and security to the edge device.  This integrates easily with local network server running AWS IoT Greengrass Core.  This Core can run on any Linux machine.   This can be critical to products that want to “go easy” on the cloud communication.

The One-two Combination You Didn’t Know You Needed

AWS IoT Greengrass and AWS IoT Device Defender add to Amazon FreeRTOS the ability to communicate safely between IoT devices.  A nice feature that is integrated into the SDK for you.

Here are the “cool stuff” about Amazon FreeRTOS:

Here are the “could be better” things about Amazon FreeRTOS:

If you’re ready to bring your IoT edge device to fruition, we’re all ears!

Reach out or schedule a free 15-min consultation with Breadware.