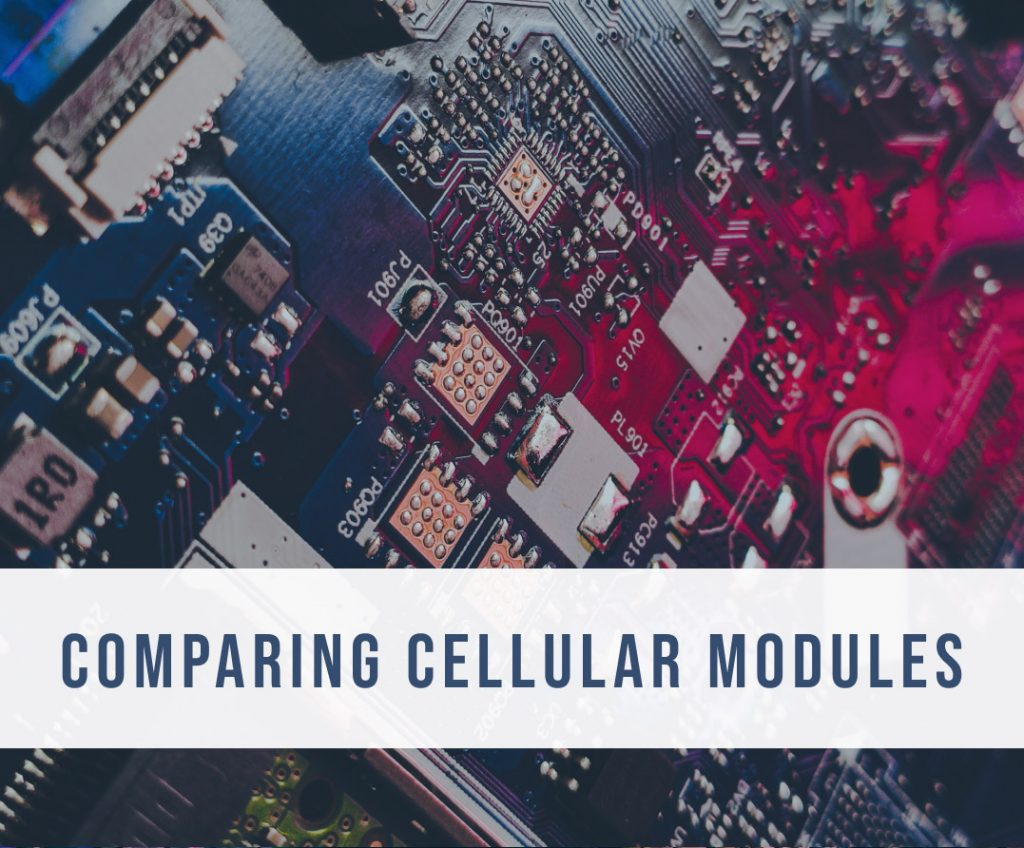 In the world of IoT and firmware engineering, you’re often given a problem that could have a range of options to solve it. Here’s a snippet of how we dissect and learn the best path forward when developing an IoT solution for a client.

Recently, Peter Flores, one of our Electrical Engineers, was going through designing an LTE-M cellular product. Below you’ll see how he went through the process of specifying and choosing our final cellular product for a client.

First, the requirements. The client has a portable device that reports data from multiple sensors periodically to their webserver using 3G that he wants to upgrade to use 4G technology. If an abnormal measurement occurs, the client wants the part to wake up immediately and send the data out.

The client is planning on releasing this product in the USA but is also considering future expansion into the European market. The customer is also interested in gathering GPS data to know the product’s location, but he classified this as a nice-to-have so it is not a necessity. The device’s EAU quantities will be a modest 1k/year.

We are sending our data through to the web server using TLS encryption and using a JSON format to keep the web developers happy.

Based on these requirements, we know we want to use an LTE-M modem. The TLS encryption + JSON will add a bit of overhead to the data we send to the cloud which will be a lot for CAT-NB1/NB2 to handle. On the other hand, LTE Cat 1 is total overkill which would lead to increased current consumption. LTE Cat M1 is perfect for this application. From our initial search, we settled on using one of the three modules down below: Telit ME910 (https://www.telit.com/me910c1/), Quectel BG96, and Quectel BG95.

Both Telit and Quectel offer great hardware design guides that have been easy to follow. If any questions pop up, there are forums available on both sites. Regarding Telit, if you are a qualified customer, you can have 24/7 support over phone, email or fax. Quectel also offers online ticket service for specific customers, though the responses from the China-based support team is laconic.

The ME910C1 comes in different varieties with specific variants covering different parts of the world. For example, the NA variant covers the North American LTE bands 2, 4, 12 and 13, the E1 variant covers European LTE bands 3, 8, and 12, so on and so forth. There is also a worldwide single SKU (ME910C1-WW) that includes American, European, Australian, and Asia. 2G fallback is also available on the ME910C1WW.

The power consumption for GNSS consumption on the ME910C1 is also less when compared to the BG96 and BG95.

The BG96 offers the same band coverage as the ME910C1-WW

The BG95 comes in 5 different variants: M1, M2, M3, M4, M5, and N1. There is also a future variant MF which will use Wi-Fi for positioning. The M1 is the lowest priced considering that it only supports the CAT M1 bands and does not support Cat NB2 or 2G fallback. In contrast the M3 variant supports Cat-M1, Cat-NB2 and 2G fallback. The M4, M5 are upcoming variants.

The BG95 does have drawbacks due to the lower cost. First, only 1.8v SIM cards can be used with the BG95 parts. Next, the M1, M2, and M3 parts are LTE power class 5 parts which means a reduced transmission power compared to BG96 (BG95 Max Output Power: 21dBm vs BG96 Max Output Power: 23dBm). The M5 variant is under development to surpass this limitation. Another limitation is that cellular and GNSS cannot operate at the same time due to the cost down. The firmware application must prioritize one or the other. The GNSS current consumption is also much higher than the ME910 and BG96. Another important point is that if you want to migrate from the BG96 to the BG95, Quectel has documentation on hardware differences that must be implemented.

With the Telit, we are able to receive prototype quantities and receive volume pricing from an official US-based Telit distributor, Symmetry Electronics (symmetryelectronics.com). The distributor helped us in selecting the appropriate variant, as well as telling us any differences between the parts such as installed firmware and any hardware differences. For instance, there is a specific variant of the ME910C1WW that does not have the hardware for GNSS which leads to reduced BOM cost if the customer does not want to include GPS. If the customer wants GPS, we can substitute in the variant that includes it.

Looking for the Quectel parts proved to be a challenge. At the time of writing, the authorized US distributors require a 250pc MPQ. To do our prototype run, we reached out to Quectel sales team. They were able help us in providing us prototype quantities as well as volume quantity quotes as well. One thing to keep in mind is that the samples are shipped from their China office so be aware there may be shipping delays when purchasing prototype quantities.

Once we laid out this information to the customer, it allowed him to understand which cellular module he wanted to pursue using in the build.

The customer did not want to pursue the option, but these cellular modules can also act as their own processor. Doing this can reduce the total BOM cost by removing a microcontroller and, in some cases, reduce time to market. It was not needed for the project above, but the Quectel modules support this with the QuecOpen SDK whereas Telit supports this with the Telit IoT AppZone.

If you’re faced with a similar challenge, reach out to us. We’re more than happy to field your questions and, better yet, get you across the finish line!